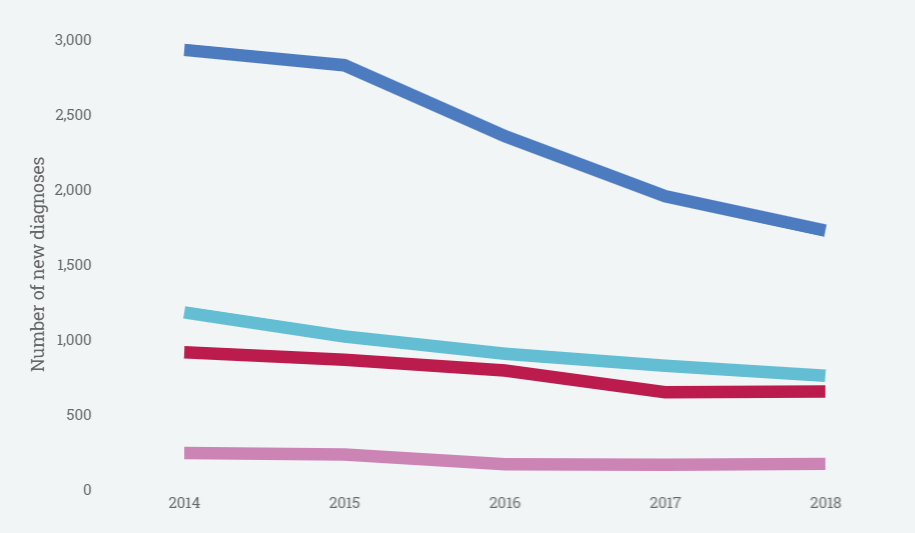 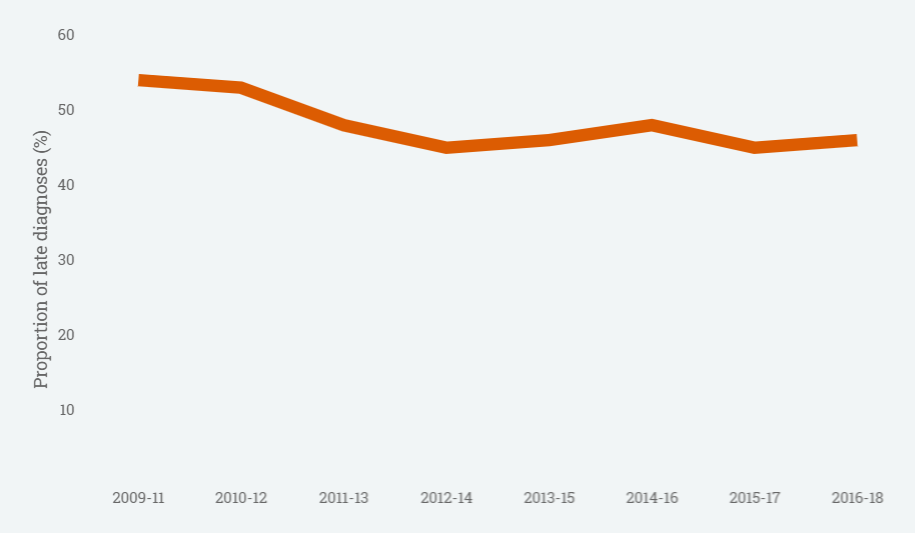 The number and proportion of HIV diagnoses made at a late stage of infection. 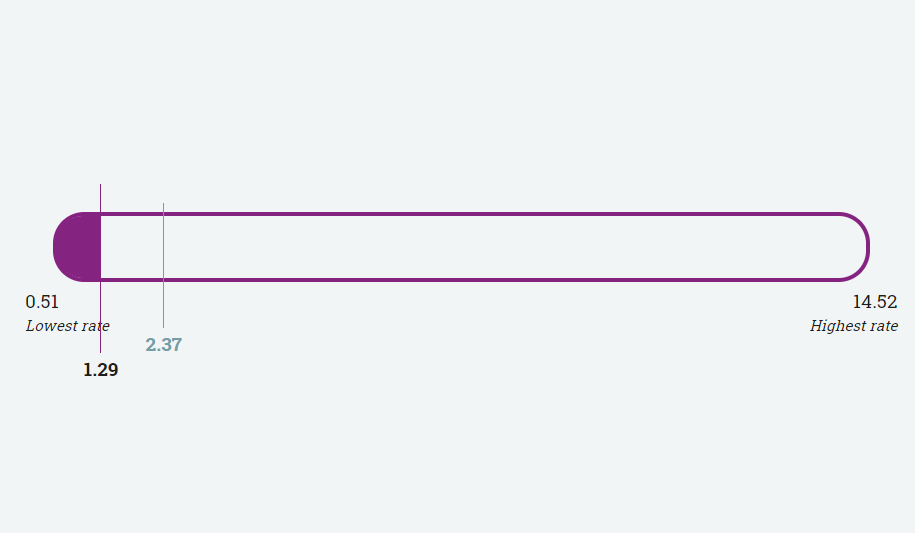 The number of people living with diagnosed HIV per 1,000 people aged 15-59 years. 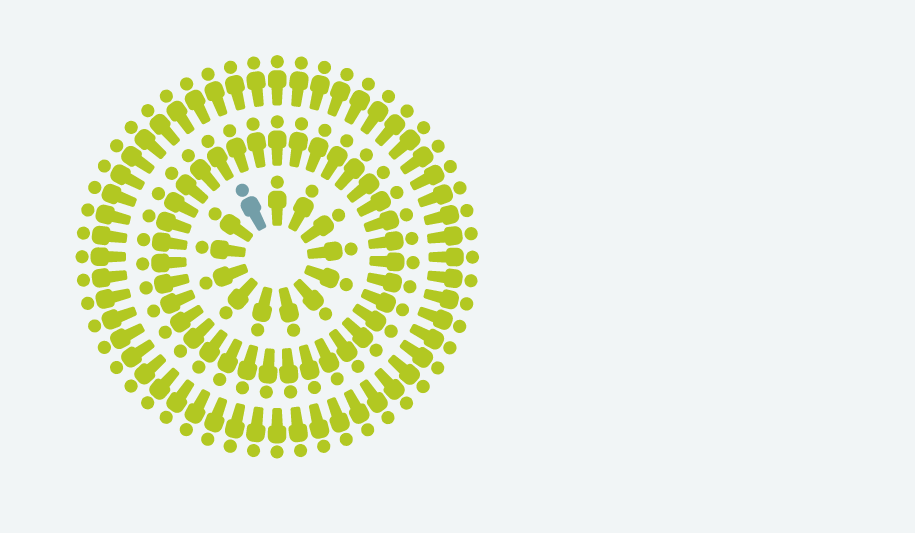 The proportion of people with diagnosed HIV receiving HIV treatment. 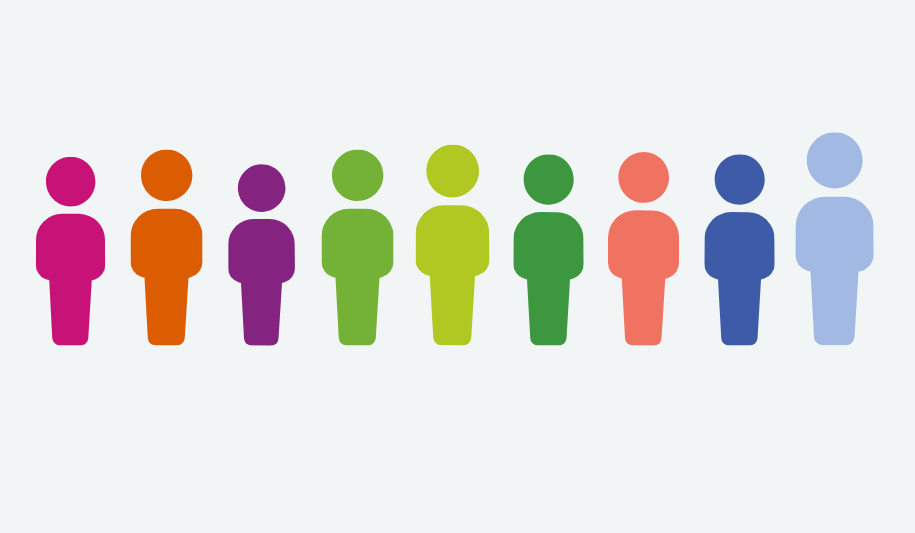 The proportion of people who started treatment within 91 days of HIV diagnosis. 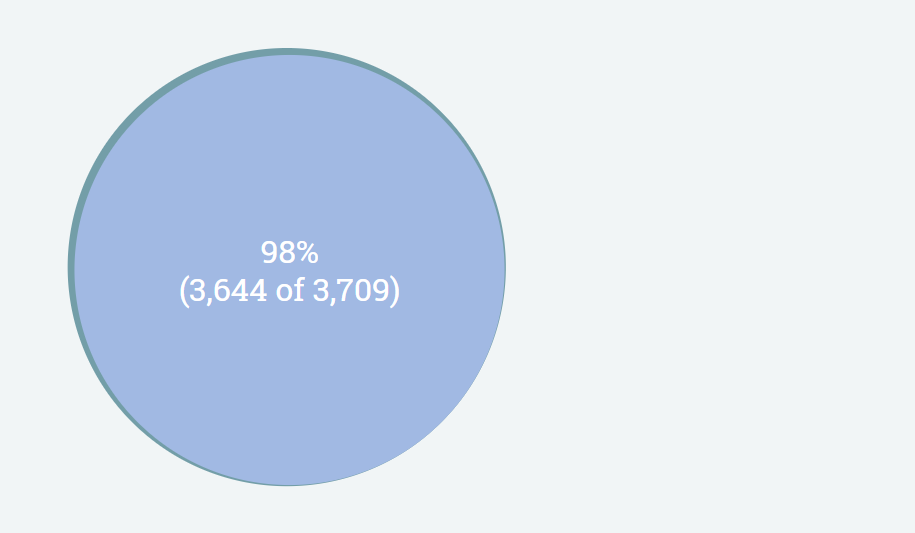 The proportion and number of people who are virally suppressed.

Needs of people living with HIV 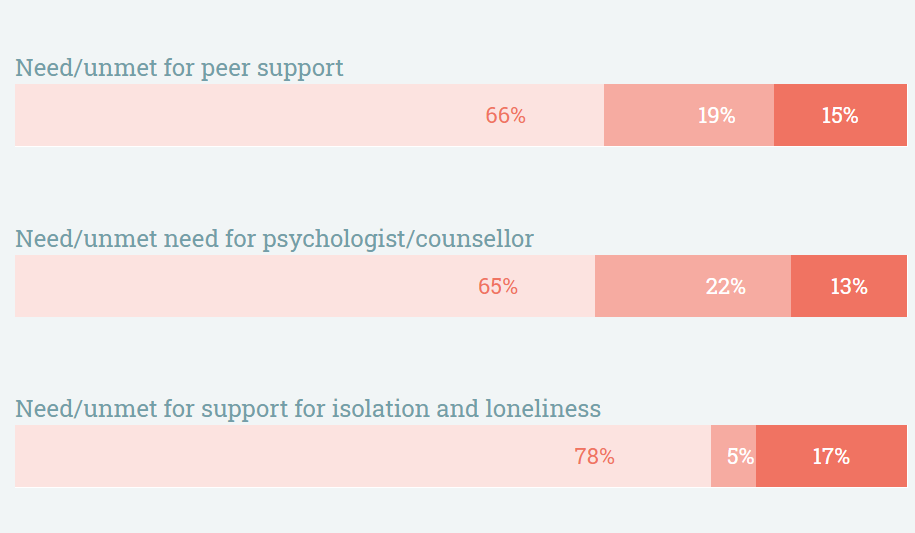 Data from the Positive Voices survey on the 'need' and 'unmet need' for services of people living with HIV.

The data for local authorities are for adults only (15+ years).

Adults (aged 15 years and over) only. The data measure the percentage and number of HIV diagnoses that are made with CD4 counts <350 cells within 91 days of diagnosis, which is indicative of a late stage of infection.

This measure may contain a proportion of people (between 5 and 20%) who acquired HIV shortly before diagnosis. These individuals may have CD4 counts temporarily <350 cells.

Breakdown: exposure (where available), and geographic region of diagnosis.

The rate of people living with a diagnosed HIV infection per 1,000 people aged 15-59 years.

Rates are categorised as follows:

In areas with high and extremely high HIV prevalence, HIV testing services should be expanded outside of sexual health settings in accordance with NICE and BHIVA testing guidelines.

The number of people taking antiretroviral treatment at their last clinic attendance divided by everybody in HIV care.

A viral load under 200 copies/ml. A person who has suppressed virus at this level is unable to pass on HIV infection to sexual partners.

Needs of people living with HIV

The needs of people living with HIV are diverse and the extent to which these needs are assessed, planned for, and met directly impact on the overall health and wellbeing of the patient.

In 2017, the Positive Voices survey asked whether people had used specific services (29 in total) in the previous 12 months, and whether or not they had received that service.

These data have been provided by Positive Voices. This is the most recent data available.